Coming up on Jamie’s radio show…

...next week, Jamie features an interview with Chris Barber, a British trombonist who started playing during the Second World War and who made a huge impact on the British music scene
when he invited some major American blues artists to perform in England for the first time. 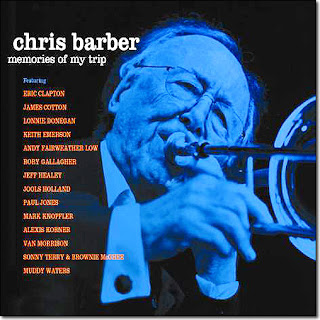 Having recently released an album, Memories of My Trip on Proper Records, Chris Barber speaks of the musical journey reflected in this album and shares anecdotes from his career.
Chris Barber website
Posted by Unknown at 09:53