The High Sheriff of Somerset has joked that he only took the job so he would not just be known as being jazz musician Jamie Cullum's father. 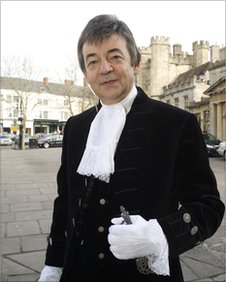 John Cullum, from Bath, said he took on the voluntary role for "the honour" of being the Queen's representative for justice in the county.
The position is mainly ceremonial, and involves attending over 300 charity functions a year.
His son Jamie said he was "incredibly proud" of his father...read more here
Posted by Unknown at 14:58