Today, Jamie and Sophie attended the 10th anniversary gala dinner of the charity Absolute Return for Kids (Ark), co-founded in 2002 by financier Arpad Busson, who hosted the evening. Prince William and Kate Middleton were also in attendance. 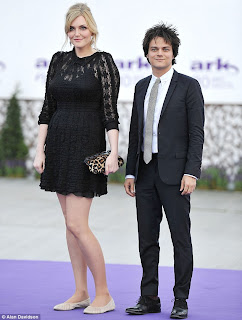 Sophie Dahl made her first public appearance since the birth of her baby girl Lyra in March.
The 33-year-old model appears to have sprung back into shape after her pregnancy and showed off her figure in a black lace dress as she arrived at the event with husband Jamie Cullum.
And motherhood is clearly suiting Sophie, who looked radiant as she posed for photographers outside Kensington Palace...Read more 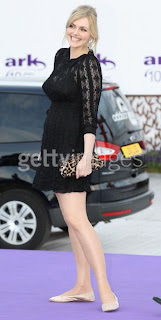