Under The Bridge: My Review 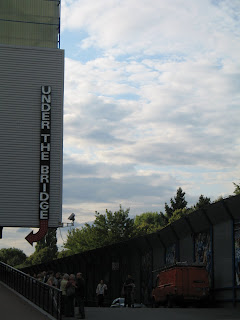 Sometimes things are best done spontaneously.
Going to tonight's Jamie Cullum show at Under The Bridge in London was one of those times.


Under The Bridge, so named due to its location in the basement of Stamford Bridge, the home of Chelsea Football Club in London, is a luxury nightclub built by club owner Roman Abramovich apparently at a cost of £20million. Beautifully designed, it proved to be a great location for an intimate gathering of around 600 Jamie Cullum fans, where we were treated to a very special night as part of the BluesFest London 2011.


The support act was a guy called Dan Croll. He was really good and seemed so excited to be there! Check out his music here 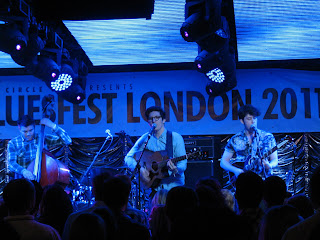 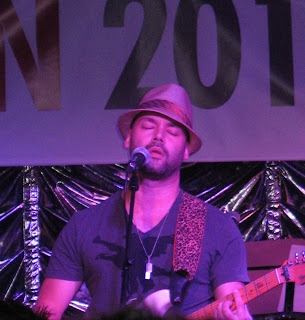 Since Rory Simmons is out on tour in Europe with Friendly Fires, brother Ben joined the band for the night with guitar and vocals. While Rory was missed, it was thrilling (for me especially) to see/ hear Ben for more than the customary 'These Are The Days' guest appearance!

As usual, Jamie was working without a setlist but he really did pull it out of the bag and the band had to stay on their toes. Such a pleasure to watch such first class musicians skillfully interacting with each other and able to follow Jamie's lead in a split second. Tom worked hard directing the new guys on the horns and the result was very pleasing, a richer, fuller sound to many of songs.
Set opener was fan favourite 'So They Say' which was a great surprise! He put the audience to work right away with participation during 'I'm All Over it' and the three-part harmonies with the audience choir in 'High & Dry' was quite superb. A good crowd can enhance the whole live gig experience and the London homecrowd didn't let Jamie down!


Following Jamie's performance of the Beatles 'Come Together' on national radio last week, he has added it to live set, so I was glad we had the opportunity to hear it.

Jamie was particularly chipper and full of tales between songs. Beyonce was one such topic of conversation, following her Glastonbury appearance last weekend and he followed this up with a mini tribute to her hit 'Single Ladies.' His usual boundless leaps from atop his grand piano were somewhat marred by the lights on the low ceiling but this probably pleased his mum who was sat watching from the audience!


Appropriately, Jamie included a snippet of the Chilli Peppers' 'Under The Bridge', which he mixed into 'All At Sea.' Had to be done.


We were given a taste of a new Jamie and Ben song that started life just a week ago. He did make special request that it doesn't get posted on You Tube as they were still working on it!


'Caravan' was performed on the floor, much to the delight of the crowd who gathered closely round the travelling band whilst 'Mixtape' sent the entire room into a jumping frenzy. 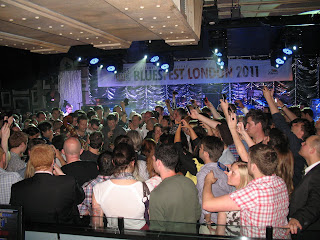 The most poignant moment was at the conclusion when he stripped it back and slowed it right down with a solo performance of Gran Torino. It almost felt like the entire room held its breath for those few minutes and then he replaced a line at the end with a special lyric dedicated to the two ladies in his life, Jamie was really wearing his heart on his sleeve and it was very moving to witness.


Judging by this warm-up to both Kew the Music next week and the summer European festivals, if you are attending any of the upcoming gigs, you will not be disappointed! 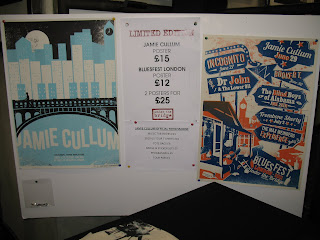 (I will add a few more details, including setlist tomorrow, once I've caught up with some sleep!)
Posted by Unknown at 04:52