“Sam Wedgwood is a true multi-talent. Not only a gifted singer and instrumentalist (guitar, piano, trumpet….you name it) but also a fantastic songwriter with a uniquely soulful voice. I’m actually quite jealous.”
Jamie Cullum

Those who have been fans of Jamie Cullum for some years will fondly remember Sam, also known as 'The Wedge' who toured round the world with Jamie during the Catching Tales era. I wanted to introduce Sam to those newer Jamie fans who may not know of his music. Apart from the fact he is a very talented musician, a sentiment echoed by Jamie, my favourite memory of Sam's time in the band was that he used to smile for the whole show! He always looked so happy. It was a sad day for 'Sam fans' when he decided to quit the touring life to pursue his solo project. Since he released the album ‘Smallprint’ at the end of 2006, it has remained a constant in my cd player. 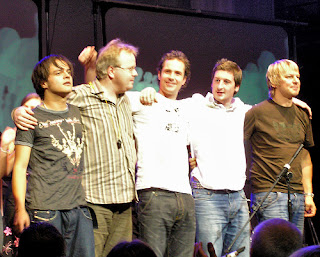 Credit: Rick Martindale.
Photo reproduced with kind permission.
The beautiful 'Fade Away’ is a masterpiece, check out the clever lyrics in  'Stone in my Shoe' and other highlights include 'Us' and ‘In The End.’ Sam is a world class songwriter and performer. If you haven’t come across him before, I highly recommend you check him out and buy his album! I would love to hear what you think!


(Interesting fact: Sam even used one of Jamie's guitars on the record!) He is still playing and you can find him regularly gigging in the Surrey (UK) area. You can find the dates and venues on his website.

Listen to and buy his album on his website or here 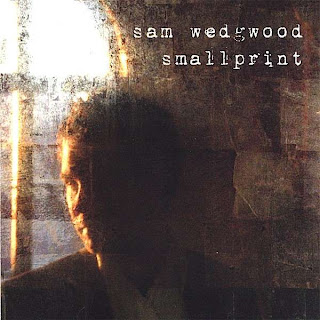 To show what a valued member of the band he was, this was the official news on Sam’s leaving:
Most musicians would probably be more than contented to continue with the rock and roll lifestyle, playing with a successful band to audiences of up to 30,000 all around the globe. But at the end of April Sam will be coming home to England to focus on the completion of his debut album. Jamie is naturally very disappointed at Sam’s imminent departure, he’ll be losing a great friend on tour as well as an exceptional musician - but he also admits to being unsurprised by Sam’s decision, recognising how important it is for such a talented artist to be writing, recording and performing his own material.

And Sam’s own leaving message:
Dear Fans, Friends and Family
I just wanted to shout out a huge thank you to all of the people out there who have followed our travels and have turned up to the gigs.
It’s been an incredible year in which I have enjoyed some unforgettable moments, meeting some incredible and inspiring people along the way.
I also want to especially thank Jamie without whom none of this would have been possible. His passion for music exceeds that of anyone I have ever met and I’m looking forward to many more years of equal success. Keep cutting up those samples!
Thanks also to Geoff for being a great friend and a constant inspiration at every gig. To this day, I have not heard him play a ‘bum note’ in my presence I promise!
To Sebastian for simply being a fantastic drummer and helping me to fill in the last fifty years of Jazz discography. His stage antics will be sorely missed.
To Tom, who has made gigging so much fun, amazing us all with just how long a great sax player can improvise a jaw dropping solo over ‘I Could have Danced all Night’.
To Ben Lambert for being a true friend and probably the best Stage Manager anyone could ever ask for in the business. I look forward to the album. As they say in Spain - genio.
I also want to say a big thank you to Marc, Danny, Gary, Dana, Casey, Erin, Martin and Steve for sorting out everything from hotels and venues to getting our pants washed!
And finally to Sarah who has not only been a wonderful support throughout this journey but has helped me see and achieve my goals and ambitions. Thank you.
Keep music live
Sam

For more information, visit Sam’s website - http://samwedgwood.com
I will be catching up with Sam later this week so check back for an exclusive interview with him on the blog, the second JC band member in my series 'In Their Own Words'. 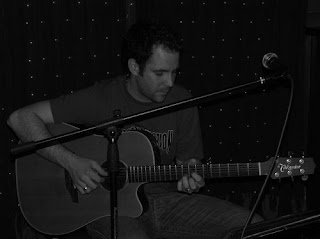 Smallprint Album Launch
Photo taken by me.
Posted by Unknown at 00:16