Interview: Charlese Allen...in her own words. 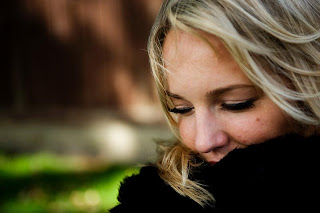 Lancashire born vocalist Charlese Allen has been singing since she was very young. With much experience already under her belt, she is ready to take her career to the next level. Charlese has been selected out of thousands of entries as one of the Top 50 acts in the current Pizza Express/ Jamie Cullum competition. I caught up with Charlese after her live audition this week to see how it went.

You've already got a few singing competitions under your belt. What would it mean to you to win The Big Audition?
To win the big audition would be an absolute honour, especially after seeing the talent that is taking part. To be recognised as the favourite act would undoubtedly be a great feat for us as an emerging act, be associated with Jamie Cullum would be invaluable and to be given the opportunity in such an established music venue as Pizza Expess Soho is, well that would be a dream come true.

How would you describe your singing style?
My singing style is fairly broad however I would say that I always stay truly loyal to anything that contains soul. The music we play ranges from Jazz to Disco however there is also sometimes a folky element. The original track which we performed at the regional heat in Leeds is a hybrid of blues, funk and soul and the rest follows that thread too...My great friend Matthew Shaw plays guitar with me and is my foundation in everything that I do musically, he is the songwriter and he worships old funk, so...our performances are really rhythmical and full of energy.
What song did you perform for your live Pizza Express audition?
For the live audition in Leeds we performed a song written by Matt. It's called Turn ON the lights and it's a song about "making love" with the lights on! It's a funny story because he actually wrote it after a heavy night on the town. When he woke in the morning he had no recollection of his previous night's work and so was quite surprised when he found it on Cubase the next day! Lol. Even though written by the man himself, it's a song which portrays strong female spirit and feist, promoting a woman to feel good about herself! A great message to put out there!

When was your audition and how can people show their support for you?

The Audition was in Leeds on Tuesday night. It went amazingly, I felt great about our performance and we were actually voted the favourites for the night!! I was made up!! Getting through to the final 10 still depends on internet votes though so it's still really important that people have the chance to listen to your tracks and put a vote in. At the moment you can vote on the original audition song (which i've put a link to). There will also be the live performance video to vote on as soon as it gets uploaded by Pizza Express! So....keep an eye out and click on that button!! I'd love to show more people what we can do! Thank you ;) x 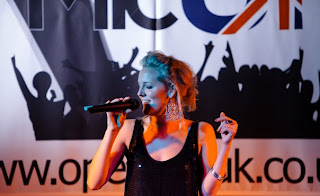 Listen to Charlese's audition entry here and you can vote for her there too.


Watch the video below for the live performance:


You can read my other interviews here with more to come!