Backtrack to The Pursuit: The Second Single

For the second single, Jamie Cullum put his own unique stamp on the Rihanna song
Don't Stop The Music:
When Jamie's creative director Marc Silver approached Yamaha to discuss how the album design, videos, website, imagery and promotions could create maximum and lasting impact the idea of exploding a Piano was hatched...read more
Making the video:
Single Trivia: 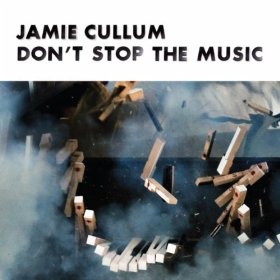 We continue backtracking on the success of Jamie's last album, as we countdown to Jamie Cullum Day on November 9th, marking two years since The Pursuit was released.
Backtrack to The Pursuit: The First Single
Read about Jamie Cullum Day and how you can get involved here
Posted by Unknown at 10:20