Interview: Georgia Mancio...in her own words

Award winning jazz vocalist, lyricist and producer Georgia Mancio launches ReVoice! a nine day international voice festival in London tomorrow and in this interview, Georgia talks about her Latin-American roots, singing in Portuguese and I ask for her hot tips for the festival.


With such an array of talent booked for your voice festival, you must be very excited! What was the inspiration behind the event?
Firstly a Jazz Singing Competition that I won in Brussels about 5 years ago where I got to hear and be inspired by a really diverse range of singers.  Winning was a real honour and it made me think of how important it is to be influenced by other artists but also retain and strengthen what makes each of us unique.  When I started working with the incredible British vocalist and pianist, Ian Shaw, a couple of years later, his week-long residency at the Pizza Express, compounded these thoughts so the idea of a Festival within a Festival seemed the obvious move: presenting international artists and also performing with different guests myself each night.

ReVoice! starts this Thursday night at Pizza Express Jazz Club, Soho. Do you have any hot tips for us?
There's a great young American vocalist and songwriter, Sachal Vasandani, (Sun Oct 9th) who's definitely going places - he just won the prestigious Downbeat award for Rising Star.  He's been very much championed by one of my personal heroes, Jon Hendricks, and recently performed at his 90th birthday celebration alongside Dianne Reeves and Bobby McFerrin!
Then there's an absolutely beautiful Italian vocalist, Barbara Raimondi, (Wed Oct 12th) who performs classic songs from Mexico, Chile, Cuba, Argentina, Brazil etc with great passion and soul with an incredible Brazilian guitarist, Roberto Taufic, whom Londoners will love I think. I'm playing with the sax legend, Bobby Wellins, that night so it's going to be a really dynamic and diverse show.

Coming from a musical family, was it inevitable you would become a professional singer?

Not really as it was my grandparents and great grandparents that were musicians and they lived in Italy whereas I grew up in the UK.  My grandmother was a very revered classical singer and pianist and she always told me singing took time and not to rush things.  I guess I took her at her word because I studied acting and film-making first and didn't come (back) to music and singing until quite late.


When did you write your first song?
Ten years ago and it ended up being the title track of my first album,Peaceful Place.  The brilliant pianist that composed it, Tim Lapthorn, wrote it as an instrumental when we were working abroad for 3 months.  I used to get him to play it every night as I loved it so much and he suggested I put some lyrics to it.  It took me a year to finish it because I wanted it to be perfect and of course I had no other experience to compare it to.  Luckily I'm a bit quicker now! 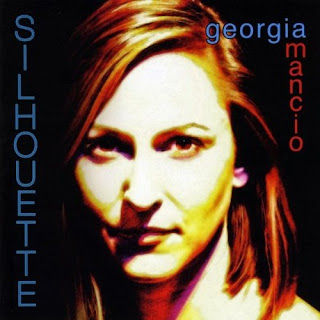 You've released three albums so far - Peaceful Place, Trapeze and Silhouette. What is your creative process as a songwriter and how has this changed since you first started? Where do you draw your inspiration from?
Silhouette was the album that really galvanised my songwriting and gave me the confidence to present my own music.  I am a lyricist really rather than a songwriter and perhaps because I came to writing after years of singing other people's music, my style seems to have found itself without my having to look for it too much. I like to be current and write about politics; I use a lot of symmetry (as opposed to repetition) and clean, unfussy lines and try to avoid lazy rhymes.  The process is ever-evolving - as I said the first song took a year and the second literally ten minutes! I'm not a disciplined writer - it tends to get fitted into all my other music work - but I don't force it.  I can write 99% of a lyric then 6 months later find that missing piece that makes me know it's complete.  Recently I've found these writers really inspiring: Jon Hendricks, Ian Shaw, Christine Tobin, Milton Nascimento, The Beatles, Gregory Porter, Tom Waits.

You are fluent in several languages and your music is heavily influenced by music from round the world. Where would you most love to travel to and perform?
Which language do you prefer to sing in and why?
I'm fascinated with all things Latin American which is probably just my roots calling! My great-grandmother was Uruguayan so I'd love to go there and Argentina and of course Brazil because I love the music. Brazilian Portuguese is definitely the language I enjoy singing the most in - I know it should be Italian as it's my second language and I don't speak Portuguese well at all but there's something so lyrical and expressive about it. I've done a little classical singing in German  - such a dramatic and colourful language - and a complete revelation as all I remember from German GSCE is "Excuse me, can you tell me the way to the train station?"!


Can you tell us a bit about the band you usually play with?
My full band is a quintet of all-star British musicians: Gareth Lockrane (flutes), Tim Lapthorn (piano), Julie Walkington (double bass) and Dave Ohm (drums).  We've been working together for several years now so know eachother well and have great fun especially when we're on tour. They all bring something really special and care about putting on a show: I think sometimes jazz musicians forget a bit about the audience because of the complexities of playing improvised music.


While listening to you on radio recently, I thought what a great broadcasting voice you have! Would you ever consider working in radio?
Thank you and yes I'd really love that! I did a show for Ronnie Scott's Radio where I basically played and talked about some of my favourite tracks but I like talking to people so I particularly enjoy interviews.  Part of what I love about ReVoice! is presenting artists I really admire and giving them an onstage introduction worthy of their talents.  Many clubs don't have MCs for whatever reason and it's a shame because perhaps of all music forms jazz really needs that immediate connection with a potentially reluctant audience.


Who are you listening to at the moment?
My good friend and long-time collaborator, guitarist and composer, Nigel Price, has released a fantastic double album Heads and Tails.  I'm also obsessed with ReVoice! artist David Linx's recent release,Follow The Songlines, with Portuguese vocalist, Maria Joao, for which he just won the French Grammy.

What's next for you after the ReVoice! Festival?
A long holiday and then I'll be working on a tour and hopefully new album for next year...as well as planning ReVoice! 2012.


Thankyou Georgia and all the best for a successful festival this week!
Thanks so much for a great interview!


Here are some of Georgia's suggestions of promising shows to look out for during the festival. Tickets may still be available for some, so phone the venue to check on 0845 6027 017:


Sun Oct 9th - Sachal Vasandani - If you missed out on Gregory Porter tickets (which sold out quickly!), Sachal is the other next big thing in US male vocals and championed by none other than Jon Hendricks - just sang with him at his 90th birthday celebration alongside Dianne Reeves and Bobby McFerrin! Added bonus is that he's bringing his whole American band (and also I'll be whistling with Jim Mullen!!)

Visit Georgia's website for links to buy her albums
www.georgiamancio.com


You can read previous interviews in this series here with more to be added soon!