Jamie on the music of the Titanic 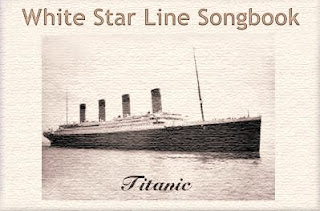 Titanic: A Commemoration in Music and Film will be broadcast live on BBC Two from Belfast's Waterfront Hall on the centenary of the sinking of the famous liner.


The films tell the story of the RMS Titanic, those who made her and those who sailed and worked on her, including band members who carried on playing while the ship sank.

Jamie Cullum, who talks about the importance of music onboard the Titanic in the programme, said the vessel reflected the social history of the time, with separated classes for passengers, and music gave an insight into that era.
"The musicians in particular still touch people today because they were normal people who acted in an extraordinary way when they played the instruments they loved, to calm the passengers and no doubt themselves," he said... read more
Watch this on BBC2 at 20:30 this Saturday April 14th.
Posted by Unknown at 08:05