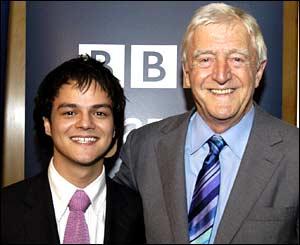 Following today's news that Jamie will be on Parkinson:Masterclass, here's some background on The Parkinson Connection.

When Pointless Nostalgic caught his attention back in 2003, Sir Michael Parkinson championed Jamie on both his BBC Radio 2 show and BBC chat show, stating that he had "the talent and personality to go all the way." And Jamie readily credits Michael as someone who helped him break out into the mainstream.


Jamie's onscreen debut was on Parkinson in April 2003, around the time of a record label bidding war to sign him. He performed 'You're Nobody Till Someone Loves You.'


"His debut album Pointless Nostalgic marks him as a future star" 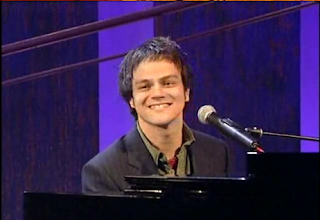 'Twentysomething' was released that October, topping the jazz charts, and ending the year with Jamie becoming the UK's biggest selling jazz artist of all time.


His next appearance on Parkinson show was on 25th October 2003, performing 'Old Devil Moon' and 'What a Difference a Day Made'
Jamie was the last musician to perform on Parkinson's Final Conversation show in December 2007, alongside a handpicked guestlist which included David Beckham, Billy Connolly, Dame Judi Dench, Sir Richard Attenborough, Sir Michael Caine, Peter Kay, Dame Edna Everage. Of his guests, Michael said:


“They are friends who have made a particular contribution to the show. They are also people of great talent and interest, and what a wonderful way to finish” says Michael Parkinson 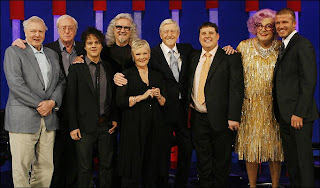 Watch some more performances on Parkinson:

Jamie recently worked with Michael again on the judging panel for The Big Audition at Pizza Express. 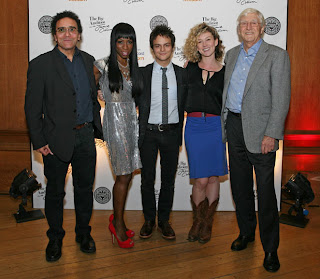 A special six part series called Parkinson: Masterclass, will include Jamie and apparently it will be screened in the autumn on Sky Arts. This promises to be a very in depth interview, tracking Jamie's life and career.


You can be in the audience! For tickets to the recording on May 30th and more info, click here