"I've written most of the songs now, so the writing part is done. There should be a few standards on there as well," Cullum said on the phone from Miami. "I can't escape the fact that I love to include all elements. If you listen to the most modern pop records, like the new Rihanna record for example, in a lot of ways  it's every kind of genre out there. There's elements of rock, hip-hop, and dance. So in that sense it's like a pop record it does embrace many different styles. I think I'm trying to not overthink things and make anything too elaborate."

It's also too early to determine which pop song he might cover in his live show or on the next record, though Cullum's playlist is quite full as of late. He's been spending a lot of time listening to Rufus Wainwright's new "Out of The Game," as well as Shuggie Otis' "Inspiration Information." Elsewhere, "I've been listening to the new Bon Iver record a ton -- that really just rewards repeat listening. I have been listening to the new Squarepusher record, Regina Spektor. There's a U.K. band that are friends of mine called The Guillemots that just put a new record out that I love. Perfume Genius. The new Usher single. Youth Lagoon."

Cullum hopes to spend more time in the States in the coming months, having taken some time off to get married to model Sophie Dahl and raise their new daughter Lyra, born last March. Family and fatherhood seems to be dominating many of Cullum's upcoming projects - "I'm writing all sorts of things… a best man's speech for a wedding next week. I've also just planted a vegetable garden at home. So I've got a few things in the pipeline," he says...Read more 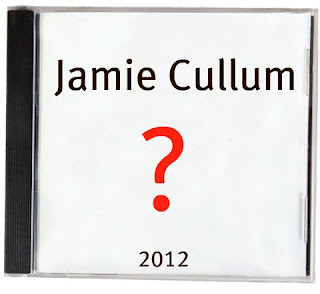 See the recent photos from the Starwood's Hear The Music, See The World concert here
Posted by Unknown at 20:34