As well as releasing his new album, ‘We Look To The Stars’ this Summer, Joe Stilgoe is excited to have been asked by John Wilson, the world renowned conductor, to join the vocalist roll call for a celebration of the world’s greatest songwriting duo: John Lennon and Sir Paul McCartney.

Sir Paul himself was involved in the selection of these artists, and will be in the audience for the gala performance of this commemoration of his and Lennon’s genius.

These performances in Liverpool take a Stilgoe family story full circle: Joe’s father, Richard (the songwriter and lyricist), played a small part in the Lennon/McCartney story. Joe says ‘“I found out the other day that Dad’s old band, Tony Snow and the Blizzards, came second to The Quarrymen in the Mossley Hill battle of the bands. Mind you, there were just two bands in the competition!” On another occasion, at The Cavern Club when The Beatles had recently been formed Stilgoe senior’s band were on the bill, Richard had to lend George Harrison his guitar amp.

‘We Look To The Stars’ is released on 2nd July. The single, ‘We Should Kiss’ is available now on iTunes and Amazon. 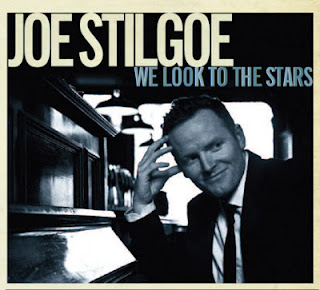