Gearing up for album number six!

Towards the end of 2009, Jamie Cullum released The Pursuit, his fifth album and first solo record in four years. It proved to be worth the wait. After an incredibly successful world tour, Jamie took some time out with his family. He is now busy putting the finishing touches to album number six!

What we know so far about the next album along with a sprinkling of speculation:

A selection of hints from the man himself... 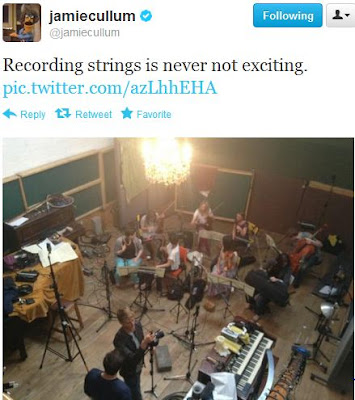 I heard Jamie sing When I Get Famous at the Pizza Express Jazz Club back in July, a great up-tempo tune (not to be confused with this song!) He said he had written it only the day before and described it as follows:

It is about a schoolboy who loves a girl and she doesn't love him back and he hates her for it. Not remotely autobiographical!

He also sang Save Your Soul (gorgeous!) and Come Rain or Come Shine so maybe those tunes will make the record too? 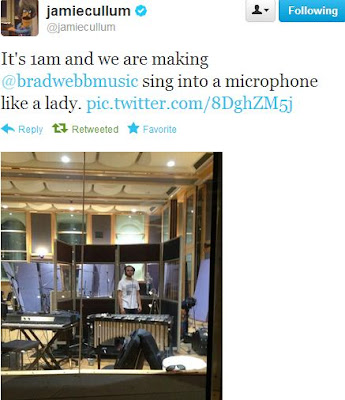 Back in May, there was news of The Noisettes working in the studio with Jamie. Read more

So more writing with brother Ben (hurrah) and the usual crew (Chris, Tom, Brad, Rory) have been in the studio with Jamie recording.

Grammy-nominated Greg Wells produced The Pursuit. Who is the producer this time? It just so happens that Jamie is currently in Los Angeles, so maybe he is finishing the album over there with L.A. resident Greg?
Jamie is heavily involved with the BBC now so hopefully that means Radio 2 will be happy to plug the new record! Should definitely be on the A List! How about a special Jamie Cullum Radio 2 Concert? That would be cool.

Still no date for release, though in July Jamie did say to me he didn't think it would be this side of Christmas. So maybe we are looking at early spring 2013? His interview on Parkinson Masterclass will be aired on November 13 (date subject to change) which will be a nice introduction to the process of getting a brand new record out. But whenever it is ready, I know for a fact there are many many fans across the globe ready to devour new JC material!

With a new album comes a tour of course and for Jamie, that means a world tour. He is in such demand, he should have his own private Jamie Jet by now (fao Marc!) Here's a reminder of the amazing feeling you get at a Cullum concert, in case you have forgotten, and if you haven't experienced it yet, this is why you HAVE to get tickets when Jamie next comes to your town!


Please remember these thoughts are purely speculative, using the information available to all! If you have any thoughts on what you think or hope the new album will be like, why not leave a comment or tweet me
Posted by Unknown at 09:41