They discuss the range of influences in Avishai's work, from his birthplace in Israel to his formative musical years in the jazz scene of New York City, where he was discovered by Chick Corea.
The pair also talk about Avishai's new project for 2013, Avishai Cohen With Strings, which we hear for the very first time. 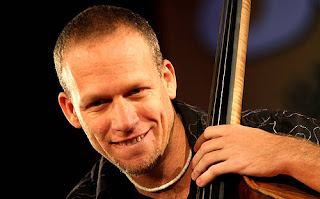 Read more about this project here and tune into Jamie's show next Tuesday at 7pm on BBC Radio 2.
www.avishaimusic.com
Posted by Unknown at 10:02