Friday Roundup: Who, who will buy?


the best way to catch up with what's been happening this week in the world of Jamie Cullum and beyond!

Hello! Hope you had a wonderful week. If you are visiting this blog feature for the first time or are a regular reader, thankyou for taking the time to pop by! I hope you will find the following a useful catch-up service on what Jamie Cullum has been doing over the last seven days. 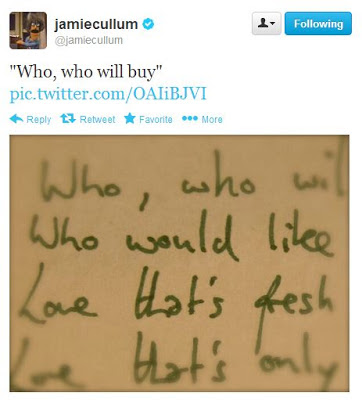 I leave you in Real Good Hands with the wonderful Gregory Porter - congratulations once more on your second Grammy nomination Mr Porter!