Coming up on Jamie's show next week... Ahmad Jamal

Coming up next week, Jamie interviews one of his favourite pianists, Ahmad Jamal. They discuss Ahmad Jamal's roots in Pittsburg, Pennsylvania, and the amazing artists that have come out of the city including Erroll Garner. Ahmad Jamal talks about learning the piano at an early age, how his improvisational style has evolved and what it is like working with big bands and even being sampled by hip hop artists.

Ahmad Jamal also talks about what it has been like composing more new material than ever before and making his Grammy Award nominated album Blue Moon. 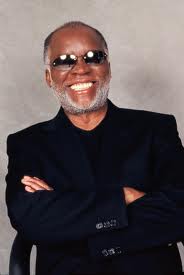