Jamie Cullum in 2013: The Highlights

The buzzword of 2013 for Jamie Cullum fans.

The month of May and Momentum release day couldn't come soon enough. This was his sixth studio album and first with label Island Records. Worth the wait? 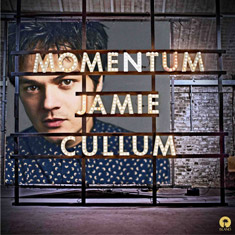 Here's a taste of how the press reacted.

Independent: Jamie Cullum's first album for Island may be his best.
GQ: The remarkable return of Jamie Cullum.
Express: Momentum plays the "evolution but not revolution" card to perfection.
Red: From the very first notes of opening track...it will have you hooked.


And Jamie's own reaction:

Jamie's touring companions are Tom Richards (sax), Rory Simmons (trumpet/guitar), Brad Webb (drums), Chris Hill (bass) and new for the Momentum tour, replacing Chris was Loz Garrett (bass).  What a stirling job they all did, providing many magical musicial moments on tour. A shoutout too for Danny, Marc and the rest of the team who support Jamie so ably.

Here's a quick rundown of this year's highlights, just by way of a reminder:

Gigs
What we know so far: Tour of Japan will kick off the year, then back to France, followed by Dubai, Singapore, Jakarta, Germany, Switzerland and London. Jamie returns to Jazz in Marciac too. US fans are eagerly awaiting announcement of his American tour and I can reveal he will be over there in June!

Radio
A new three part documentary Jamie's Piano Pilgrimage will be broadcast on BBC Radio 4 starting this Saturday January 4th at 10:30am. Here is a preview:

New Album
Also, Jamie has that another record ready to release and he told me it will be out soon.

There is so much more that has happened in Jamie Cullum world this year but it would fill volumes!

I would like to express my heartfelt thanks to YOU, the members of the Jamie Cullum fan community around the world, who continue to read my little blog, which received a record number of visitors in 2013! x

On a personal note, this year was a milestone for me as it marked ten years of being a JC fan and the first time I saw him perform live. So going on the Momentum tour was a fantastic way to mark this anniversary for me and thanks go to my friends, the band, management and Jamie for making it special. Bring on the next ten years!


Looking forward to 2014, which already promises to be full of music and fun with the amazing Jamie Cullum.

Read the best bits of 2012 here and I will leave you with a few photos. Thanks for reading! 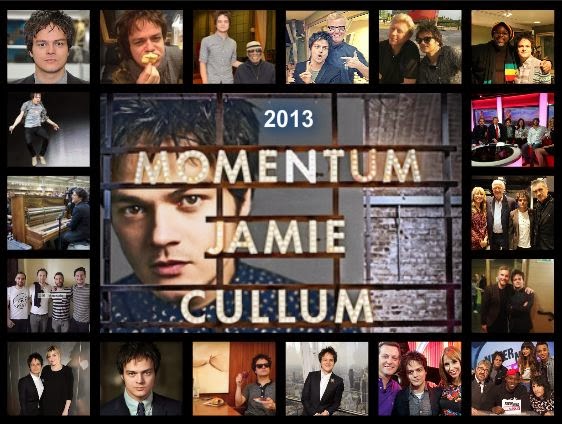